Subhash Chandra Bose is hardly known to anyone outside of India. There, however, he is almost on a par with his country's father, Mahatma Gandhi, albeit as his opposite: Bose advocated the armed struggle against the British, and that in an alliance with the Nazis. For India's Prime Minister Narendra Modi, Bose has now become a self-called ghost that he can no longer get rid of.

This article is older than a year.

Bose has always been a figure of identification for the Indian national conservatives. In some places he is venerated almost like a saint. The fact that his death 70 years ago left many unanswered questions contributed significantly to the creation of the legend. When the current Prime Minister Modi was still in opposition, he himself went to the polls for the publication of Bose's secret state act.

According to official information, Bose was killed in a plane crash over Taiwan. However, his supporters consider this to be an assertion. His body was never found and there is no verifiable evidence of the accident. The myths are growing wilder: some believe, for example, that he was in truth kidnapped to Russia. Others suspect that he faked his death himself and lived undetected in India for decades. 1964 is haunted around as the "real" year of death. 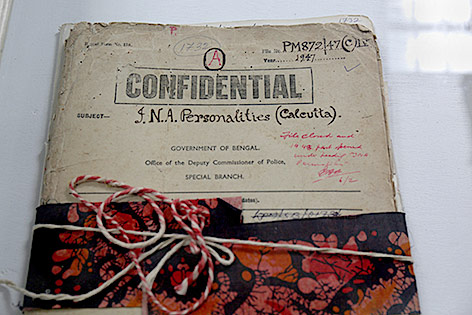 As evidence of their conspiracy theories, Bose's supporters saw that no Indian government since independence in 1947 has wanted to release the secret act. Modi has also been owed to keep his election promise for over a year, amid growing displeasure on the part of his supporters. The state of West Bengal has now increased the pressure, which on Friday published all the secret files about Bose that were in its own archives. The really explosive files are in Delhi.

Modi should "not suppress truth"

The West Bengali chief minister Mamata Banerjee - in direct political competition with Modi's Bharatiya Janata Party - sees the publication of her own files as proof that Bose was “probably” still alive after 1945. The truth “cannot be suppressed forever”, she added to the mood in relation to the “Times of India” (Friday edition). But she also did not provide any more detailed information: she “did not have much time to look through the files”. 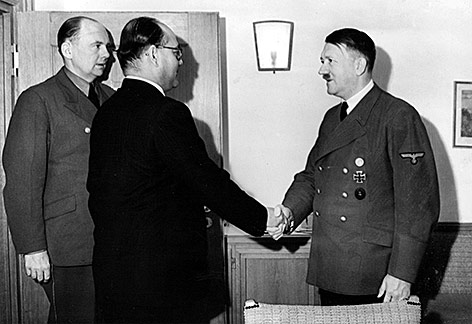 Nazi dictator Adolf Hitler and Bose at a meeting in Berchtesgaden

The secrecy over seven decades may also have something to do with the fact that Bose's story does not at all fit the myth of the founding of the Indian state: He built the Indian National Congress (INC) side by side with Gandhi and even won against his candidates in the election for party leader in 1939. At this point in time, the differences between the two were already obvious, a break followed a little later: Bose began forging alliances for a war against the British colonial rulers.

As an ally against the British, Bose initially relied primarily on the Nazis in European exile. However, they left him in the dark, fed him with only symbolic support and finally shipped him by submarine to Japan, where he was no better off with the local fascists. Bose had miscalculated. In India, on the other hand, Pandit Nehru had meanwhile become the determining factor in the independence movement. 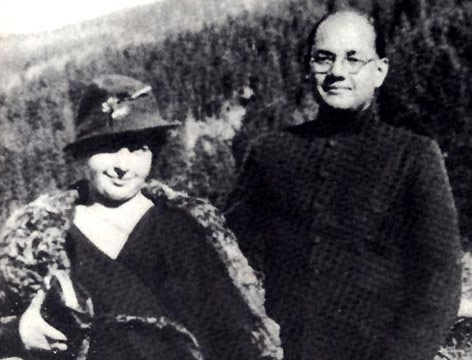 Bose and his Viennese wife Emilie

It is astonishing that Bose's name is only known to a few in Austria: after all, it was here that he met and fell in love with Emilie Schenkl from Vienna in the interwar period. They got married in Bad Gastein. However, they only spent about three years of their nine-year marriage together. Their daughter Anita would later make a career in Germany as an economist and SPD politician.

It is evident that Bose could have been dangerous for many actors at the time: the knowledge he had accumulated over the years - in addition to Hitler, he was in agreement with Italy's dictator Benito Mussolini, the Japanese government and others - would have been enough for that. The British and Russians feared him too, and not least if he had returned to India after the end of the war he would undoubtedly have become a political leader again.

The Prime Minister's office cites the reason for the continued upright secrecy of Bose's act because one was forced to do so: the review of the dossiers showed that the disclosure would still "adversely affect relations with friendly countries" today. West Bengal's chief minister, Banerjee, finds this reason "ridiculous": Modi's cabinet apparently overslept that India should no longer be so afraid because it has been an independent country for some time now.