Most Palestinians support or oppose Hamas

The two-state solution - a utopia?

Where did the idea of ​​the two-state solution come from?

The two-state solution was first discussed in the so-called Peel Commission. This commission was set up during the British Mandate in Palestine (1922-1947). On July 7, 1937, she proposed the division of Palestine into a Jewish and an Arab state for the first time.

The members of the commission questioned over a hundred Jews and Palestinians at the time - only to come to a sobering result. There is an "insurmountable conflict" between the two groups living in a confined space. The groups have nothing in common. "Your national hopes are incompatible." That is why the country must be divided into two states.

The plan stayed in the drawer. But it provided the blueprint for all further attempts to defuse the conflict between Israelis and Palestinians. In 1947 it was also picked up by the UN General Assembly, but failed due to resistance from the Arab states, which wanted nothing to do with a state of Israel.

Through the war in the following year, both sides tried to secure as large a territory as possible. In fact, the war laid the foundation for the displacement of the Palestinians. After the Six-Day War of 1967, in which Israel occupied the West Bank and Jerusalem, the two-state solution initially seemed no longer feasible. 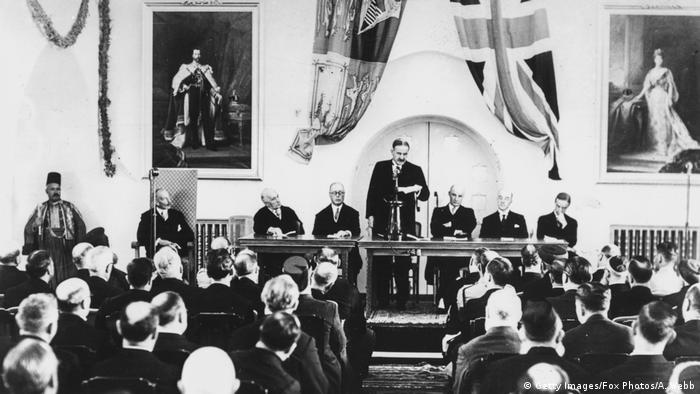 Sobering finding: Lord William Peel describes the findings of the commission named after him

When was the Palestinians' right to self-determination recognized?

The plan did not come back on the agenda until 1980, when the European Community at the time spoke out in favor of the Palestinians' right to self-determination and suggested a two-state solution. However, it took more than two decades for the UN Security Council to adopt this term in March 2002.

With George W. Bush, the first US president made him his own. In 2003, Israeli and Palestinian negotiators also took up the plan in the so-called "Geneva Accord".

The basis for the rapprochement was the fact that the PLO had not explicitly recognized Israel in 1988, but implicitly. It did this by saying goodbye to the previously announced plan of wanting to establish a Palestinian state in the entire mandate area. Instead, the PLO limited itself to the borders of the country occupied in 1967.

The Islamist Hamas also joined in - at least in isolated statements from their leaders, such as Prime Minister Ismael Haniyeh. Other high-ranking Hamas politicians took over this position, but cited a referendum among the Palestinians as a prerequisite for this. 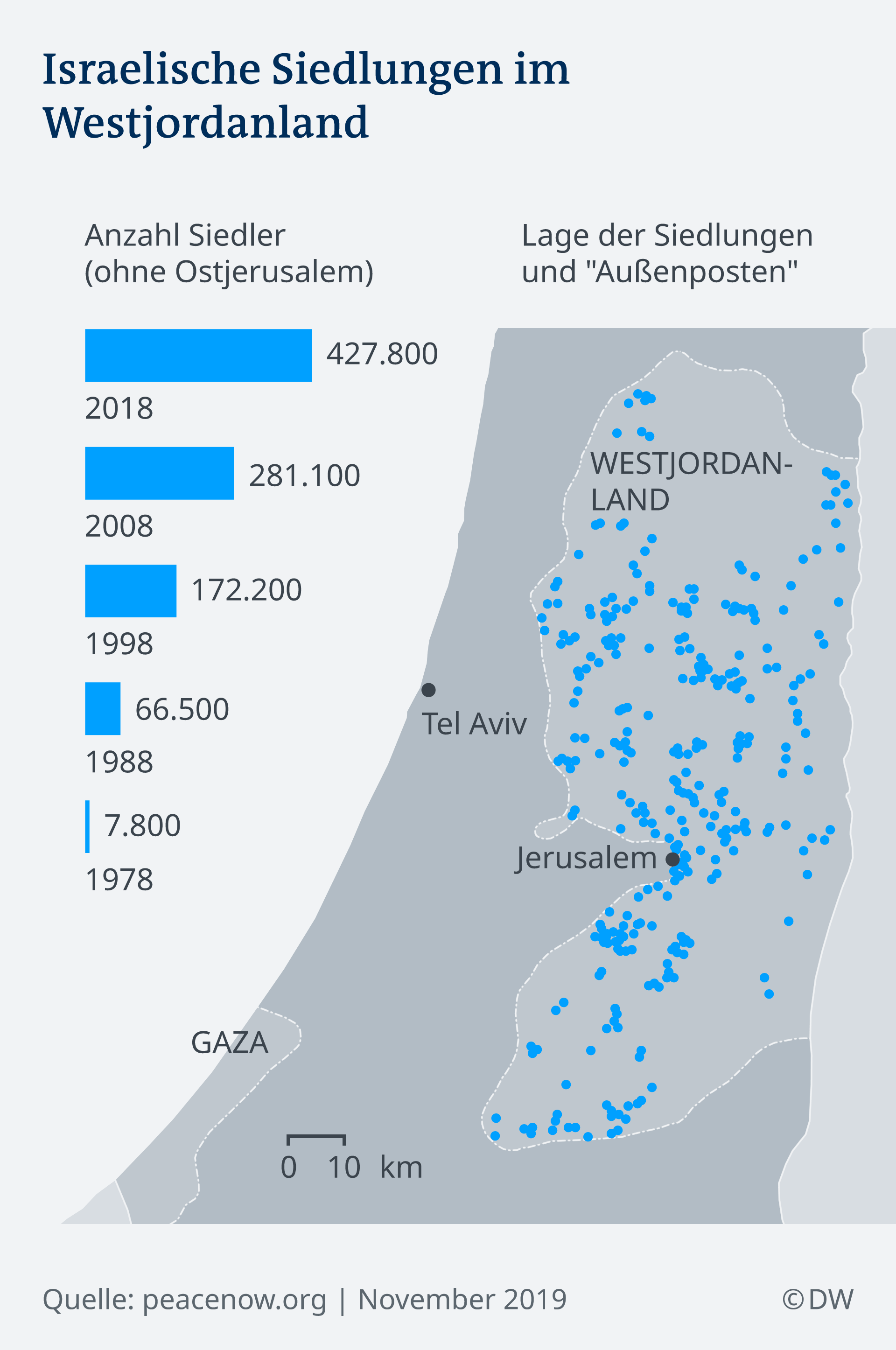 In the new millennium, both Israelis and Palestinians agreed to a two-state solution. However, in the course of the continued construction of the settlements, the approval of the Palestinians decreased again. In 2014, just over half of the population spoke out against such a solution.

This tendency continued in the following years. Many of the respondents also state that in view of the advanced urban sprawl in the country, a two-state solution is no longer feasible anyway.

Conversely, in the face of the Palestinian terror, approval also crumbled in Israel. In 2015, just under half of Israelis were in favor of such a solution. What other solution should be offered is, however, uncertain. Most Israelis also oppose a one-state solution. In their view, this would undermine Israel's identity as a Jewish state.