When will prostitution be legalized in India? 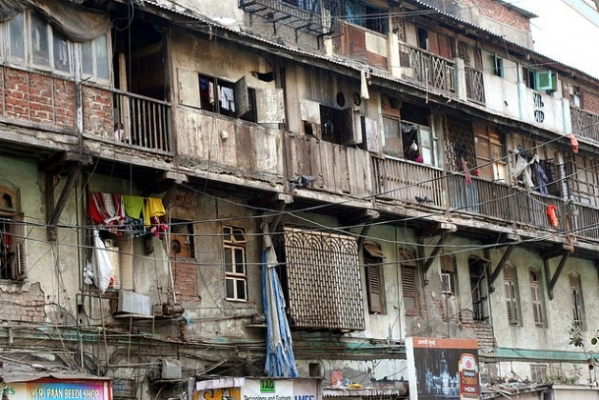 A house front in a red light district in India by day
Image: © Bengarrison / CC-BY-SA-2.0

New Delhi, January 21 (IPS) - Chameli Devi is one of an estimated 12,000 women who work as prostitutes in Asia's largest red-light district - the G.B. Road in the Indian capital New Delhi - work. You and all the others who buy should benefit from a planned legalization of the sex trade. But the 36-year-old fears that the move by the National Women's Commission (NCW), an advisory body to the government, will only worsen the situation of those affected.

According to United Nations reports, around 70 percent of all Indian sex workers are subjected to assault by clients or the police. Few of the victims file charges. In part, that's because they don't know their rights.

"Most of us do not practice this trade voluntarily, but because we were sold to brothels by criminal gangs," explains Devi. "If prostitution is legalized, this means first and foremost impunity for pimps and brothels who are trafficking poor women like us. More and more young women and children are falling into their hands."

Prostitutes are getting younger and younger

A recent study by the non-profit Dasra found that around half of traffickers' victims are children. The average age of sex workers has fallen from 14 to 16 years to ten to 14 years. This age group is particularly popular because they are believed to have a lower risk of contracting a sexually transmitted disease.

"Most of the victims come from rural areas, and more than 70 percent are illiterate. Almost half of their families have an income of only about one US dollar a day," the research said.

Other reports emphasize that most prostitutes in India come from the lower castes and are therefore at risk of being exploited and ill-treated in the first place. Many women have become prisoners of the sex industry. No wonder they refuse to legalize it.

The 43-year-old prostitute Sarita believes that there may be reasonable reasons in states like the United States or China to rid prostitution of lawlessness. For India, however, this would be the wrong way to go. "In affluent countries, many women choose to work as whores because of good earning potential. In India, however, women are forced to work by human traffickers or their own families, including husbands," she explains.

In a report published last year, 'Economics Behind Forced Labor Trafficking', in which the Indian Nobel Peace Prize laureate Kailash Satyarthi played a key role, the latest data on the flourishing business of forced labor are presented. "The numbers are shocking. In India alone, the sex trade has so far generated revenues of around $ 343 billion," writes Satyarthi. Not only human traffickers and brothel owners, but also moneylenders, lawyers and law enforcement officials would benefit financially.

According to a report by the United Nations from 2009, the sex business is the most widespread form of human trafficking worldwide, with a share of 79 percent. This makes forced prostitution the world's fastest growing criminal industry. But in countries where sex work is legally allowed, things are not looking rosy either. The Netherlands, for example, where the trade has been legal since 2000, is struggling to get the problem of people smuggling under control.

Pros and cons of legalization

As the debate about the legalization of prostitution is gathering pace in India, society is divided on the issue. Those who support this move hope that women will be less exploited.

NCW chairwoman Lalitha Kumaramangalam got the ball rolling in December when she proposed bringing the industry under state control in order to ensure better living conditions for women, counter trafficking in women and improve the health of sex workers. So far, women have had little chance of enforcing the use of condoms to protect themselves and others from HIV and other sexually transmitted diseases.

Many health professionals believe that the rapid spread of HIV / AIDS around the world, especially in Asia and Africa, could be contained by legalizing prostitution. In that case, it would be easier for health workers to provide information about basic hygiene measures and the use of condoms.

However, Ranjana Kumari, director of the New Delhi-based Center for Social Research, warns that allowing prostitution will primarily benefit the beneficiaries of the sex industry and their customers. "Women from lower castes can then be raped without the perpetrators having to expect any punishment. This would make India a magnet for worldwide sex tourism." (End / IPS / ck / 2015)