Why do people believe astrologers

Scorpios are ambitious, mysterious, and brave. Libra are creative and have diplomatic skills. Are you Scorpio or Libra and do you think that suits you? Then welcome to the world of zodiac signs and horoscopes! What sounds like nonsense to many speaks to others. But why do we believe in horoscopes and the characteristics of our zodiac signs?

Astrology is one thing above all else: pure interpretation. Zodiac signs and horoscopes have nothing to do with scientific facts. Astrology has a couple of catches. Take, for example, the constellations in the sky. Many stars form our constellations or zodiac signs when they are connected by lines. The problem is that we only see the sky in 2D. In reality it is of course three-dimensional and the stars that are so close together in a constellation are in reality very often light years apart. So in 3D there isn't much left of our beautiful zodiac signs. 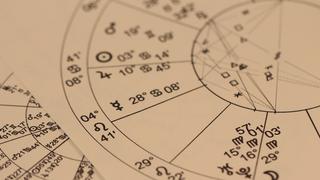 So there's not much science behind it. The real reason we believe in horoscopes lies with ourselves. People interpret a lot of what they read, hear and see. This is completely normal and that is why zodiac signs and horoscopes also work - all pure interpretation.

The fact that so many of us find ourselves in our own zodiac signs has already been scientifically investigated - the result was that Barnum effect.

P.T. Barnum was an American ringmaster and curio cabinet director. He knew how to pull the crowds into his shows and that 'with a little something from everyone' - that was his motto.

This is how zodiac signs and horoscopes work!

The statements are usually formulated so generally and ambiguously that we can all recognize ourselves in them. And the more general the horoscope, the more people respond to it. It is therefore not surprising that 90 percent of the participants in a study recognized themselves in a horoscope that belonged to a French serial killer, because it was worded so generally.

More scientific videos on the topic of horoscopes and zodiac signs:

Planet Knowledge: "Astrology: What is it about horoscopes and zodiac signs?"

Terra X Lesch and Co .: "Why are horoscopes so often correct?"