Why are the Saudis losing in Yemen

The Saudi Crown Prince Mohammed bin Salman (MBS) had actually hoped to achieve a quick victory against the Houthi rebels there by entering the war in Yemen. For six years now, Saudi Arabia and other Arab states have been supporting President Abd Rabbo Mansur Hadi's troops in the fight against the Shiite Houthis, who are supported by Iran - Saudi Arabia's archenemy. 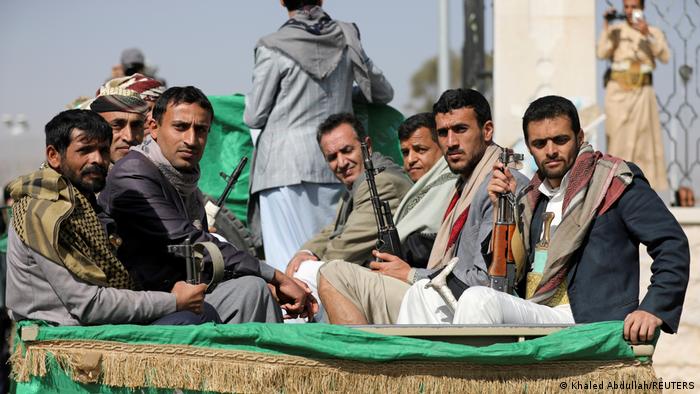 Houthi supporters in Sanaa: The rebels started an offensive on Marib province weeks ago

But today it is clear that the Houthi have been on the advance since the beginning of the war on March 26, 2015; Saudi Arabia can no longer win the war. According to the UN, over 230,000 people are said to have been killed and millions of people suffer from hunger and disease. The corona pandemic caused the already weak health system to collapse. 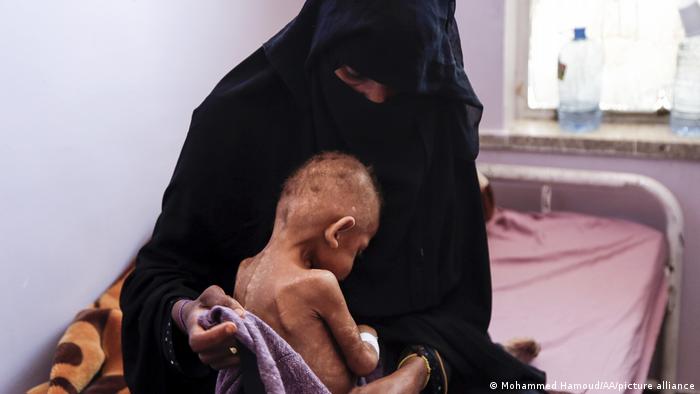 Malnourished child in a clinic in Sanaa: 20 million people in need of humanitarian aid

Saudi Arabia has now submitted a proposal to end the war in Yemen. This envisages a nationwide ceasefire under the supervision of the United Nations, as the Saudi Foreign Minister Prince Faisal bin Farhan al Saud announced. The kingdom had already made similar advances last year.

The rulers in Riyadh want to free themselves from the war with this initiative. Because meanwhile the Houthi have taken the capital Sanaa and large parts of Yemen's northwest. They recently launched an offensive on the oil-rich city of Marib. Saudi Arabia and the military alliance he leads have been flying air strikes on Sanaa for years and locking airports and seaports in order to cut off supplies for the Houthis. 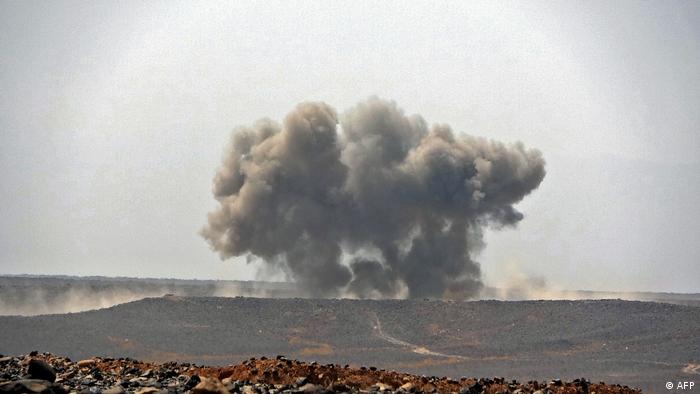 Saudi Arabia wants to end the spiral of violence, said Al-Saud. The airport in the capital Sanaa should be reopened in order to improve the supply of the country. The Saudi blockade of the Houthis-controlled seaport of Hudeida is also to be eased in order to import fuel and food. Four ships with fuel have already docked in Hudeida - a total of 45,000 tons of diesel, 5,000 tons of liquid gas and over 22,000 tons of oil should be on board. 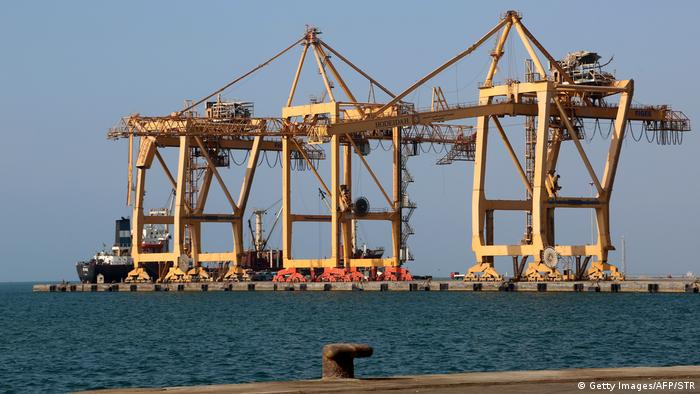 Port of Hudeida (2018): After the blockade, Riyadh is now offering easing.

In an initial reaction, however, the Houthi stated that there were no new aspects to the proposal and therefore rejected it. Their chief negotiator, Mohammed Abdulsalam, said he was ready for further talks with the governments in Riyadh, Washington and Muscat in Oman in order to reach a peace agreement. The opening of ports and airports is, however, an existential right of the people in the country and should not be abused as a condition for agreements.

The USA, the United Nations and the regional mediator Oman still see an opportunity for negotiations. With the mediation of Oman, the Houthis have been negotiating with the US representative for Yemen, Timothy Lenderking, for weeks. Still, nobody is currently assuming that there will be a ceasefire and an end to the war anytime soon. 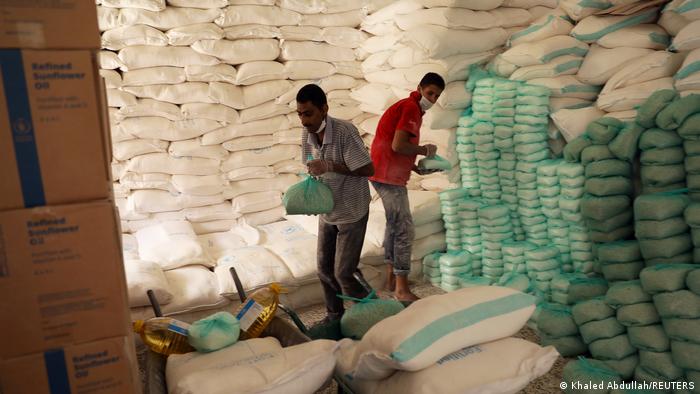 Food aid from the World Food Program in Sanaa (in June): "Worst famine in decades"

With the inauguration of US President Joe Biden, the pressure on the royal family in Riyadh increased. Biden announced that he would no longer support fighting in Yemen. In doing so, he withdrew important logistical and secret service aid from the Saudi Arabian military alliance.

"Saudi Arabia lost the war in Yemen - and that is mainly because the Biden government has made it clear that it no longer supports the Saudi Arabian actions there," says Middle East expert Guido Steinberg from the Science Foundation Politics in Berlin. The Saudis must therefore ensure that there is an easing of tension in Yemen. As a result of the Houthi offensive on Marib, the pro-Saudi forces - especially the internationally recognized government - could lose one of their last strategically important areas. 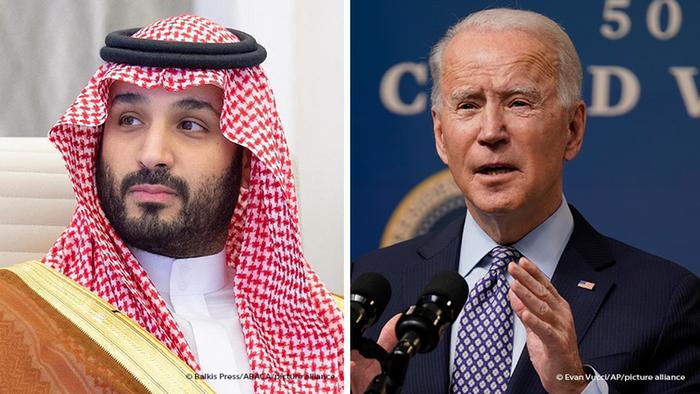 Crown Prince bin Salman and US President Biden: Pressure has risen on the royal family

With their advance and through Biden's initiative, the Houthi rebels currently see themselves at an advantage - and could speculate that their war opponents will withdraw as losers. Iran would also be happy to see its enemy Saudi Arabia defeat.

In the end, this could mean that there will be two large camps in Yemen, says Steinberg: "The Houthi in the north on the one hand and the separatist forces and their allies in the south of the country. That could well result in a split in Yemen ". The separatists have been fighting for an independent state in South Yemen for decades. Such a state already existed before Yemeni unification in 1990. However, they initially withdrew a declaration of autonomy last year. 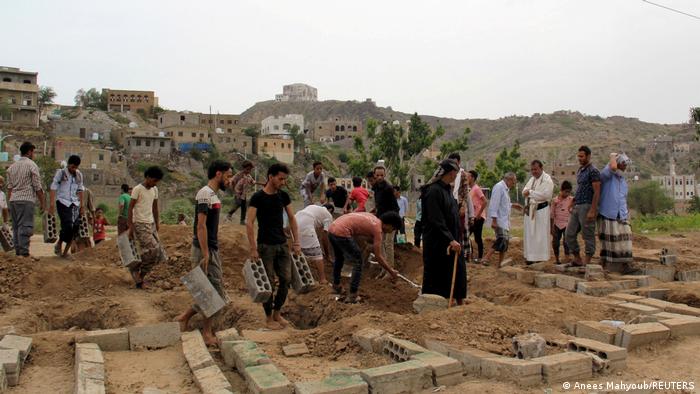 Burial of corona victims in Taiz (in June): a state of emergency declared

The fact that Saudi Arabia lost the war does not therefore mean that the war is over: "It is still possible that the civil war in Yemen will continue."

The civilians still have to unload that. For weeks, UN chief António Guterres has been warning of the world's worst famine in decades. In addition: In view of a new wave of corona infections, the country recently had to declare a state of emergency.