Can parrots lay eggs without fertilization

I had a 40 kg heavy and correspondingly thick oak trunk, which is hollowed out inside and has a round opening on one side, attached as a nesting box outside the cage and connected to the cage via a tube. Such a change in the living environment initially leads to anxious and later uncertain disinterest in "stock conservative" parrots. The couple crept into the very other corner of the cage and waited - a reaction that you notice with every new toy and every change in the environment.

It was weeks before the male began to explore the "monster" with cautious curiosity. After further weeks of exploring the interior, it was observed that the male tried to convince his female of the "advantages" of the interior of the nest cavity and to lure her to an "inspection". At some point, strong "working noises" inside showed that the deeper meaning of the nesting box was understood. 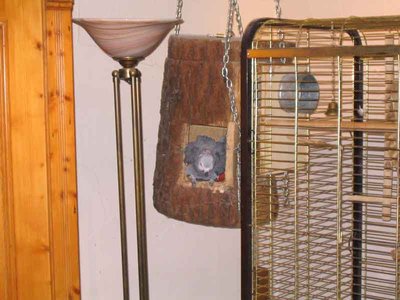 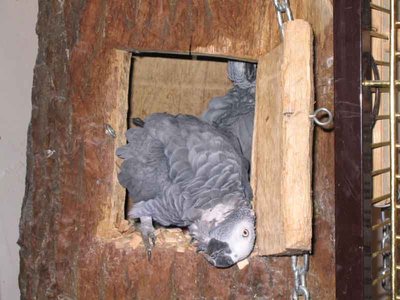 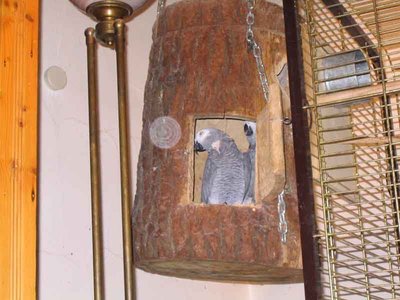 Anyone who disturbs will be "nagged"!

The next section of a ritual began, which I was allowed to observe again and again at later times - albeit in shortened form: the female remained in the nest box for longer periods of time and the male began to take in food and then to feed her in the entrance of the nest cavity - and her allowed it. We had the impression that she was testing his "supplier qualities". This does not seem absurd, because when the female crouches on a clutch and breeds, she only leaves the cave for a short time to defecate and is therefore dependent on the male to feed. Without it, the temperature and protection of the brood from nest predators would not be guaranteed.

Our Amadeus must have passed this "test" well, because after some training period you could hear copulation noises early in the morning in the first light of day: pedaling. Accompanied by a quiet, excited cooing and tipping up and down on the perch, the cock and hen try to rub their cloaca together - a not very easy "position" in which she ducks down low and spreads her wings and he approaches from above. This acrobatics is a prerequisite for the eggs to actually be fertilized. The process is repeated several times a day and on several days in a row.

Only a short time after the last kick, the hen lays the first egg. Our Ronja works like clockwork - she then lays another egg every two days and a third egg after another two days. Smaller parrot species can have shorter, larger, e.g. macaws, longer laying intervals. It is reported that there can be clutches of up to five eggs in size. I never got more than three. The laying interval is 1 year both in the wild and in human hands. The laying time for me was generally between September and March.