How is it that Hollywood is far to the left

Posing in front of the famous Hollywood sign at least once is a must when you are in Los Angeles. But it is not that easy to get very close to the nine letters! I found two options!

First, I'll try my luck at Griffith Park, which is in north LA. Here you should supposedly come close to the famous landmark of the city or Hollywood.

However, you have to leave your car in the middle of the park and go looking for it on foot. There are also nowhere signs that show you the direct route. Why should that, then tourists would be romping around in this park all the time and I think that should rather be prevented. So I just instinctively start running. Every now and then I ask a jogger or walker who is out with dogs whether I am on the right path. Who else but the people who regularly walk this way should know where the familiar letters are.

It's 10 a.m. in the middle of February, but the sun is beating down on me relentlessly. The park is dry and dusty and the hilly landscape is steadily uphill. Even after walking for half an hour there is still nothing to be seen of the Hollywood sign. The next pedestrians I meet give me another tip from where I can easily reach the notorious letters by car. I still try my luck on foot in Griffith Park. Hill after hill is climbed and after what feels like an eternity I am rewarded. To my left and some distance away is the Hollywood sign.

Ok, that's not how I imagined it, way too far away. So the walk goes back to the car to follow the tip. 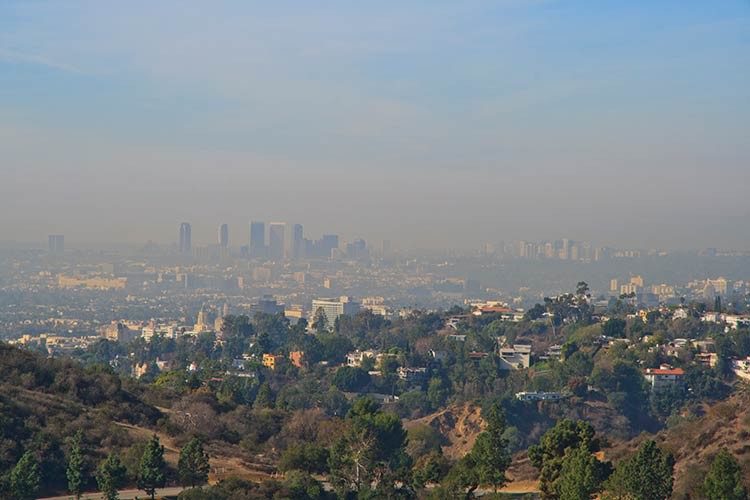 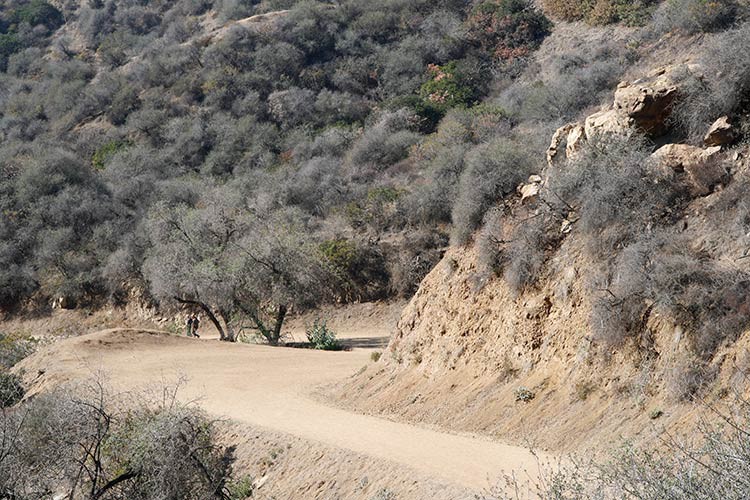 In the middle of Griffith Park in Los Angeles 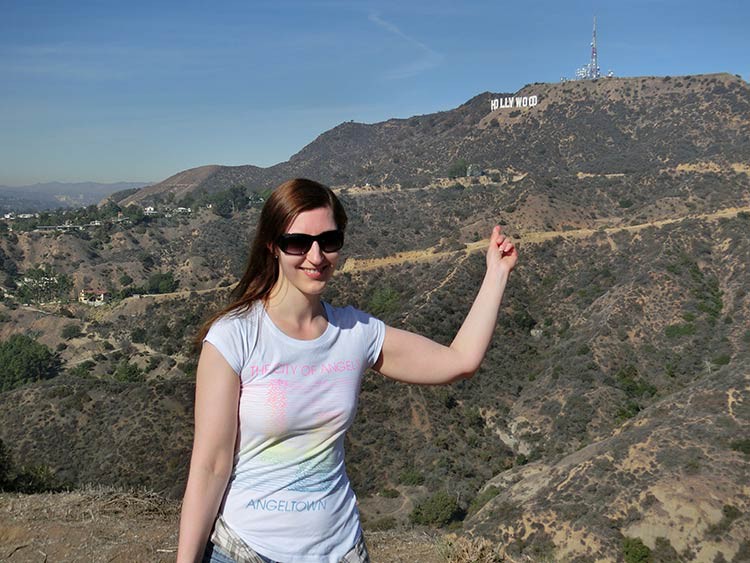 View of the Hollywood Sign in the middle of Griffith Park

By car to the Hollywood Hills

By car, head back on Franklin Avenue and at an intersection on N Beachwood Dr. It really feels like Hollywood here. Pretty villas are hidden behind trees and bushes, leveling themselves in the hilly landscape. Sometimes it even goes up steeply. It feels like you know the way, but I don't see anything of Hollywood's landmarks here either, because the hills are obscuring the view. Often I end up in a dead end and a new way has to be found.

And I'm not the only one looking! It's easy to see which cars are rental cars in California. At some point a VW Beetle will be in front of me and it is clearly pursuing the same goal as me. In the meantime, the letters keep popping up in front of me and I realize that I'm on the right track. So I follow the Beetle "inconspicuously" until it just doesn't go any further. The streets end in dead ends because of the private property, which of course cannot be entered or driven on. But here I've come a lot closer to Hollywood than I was in Griffith Park. 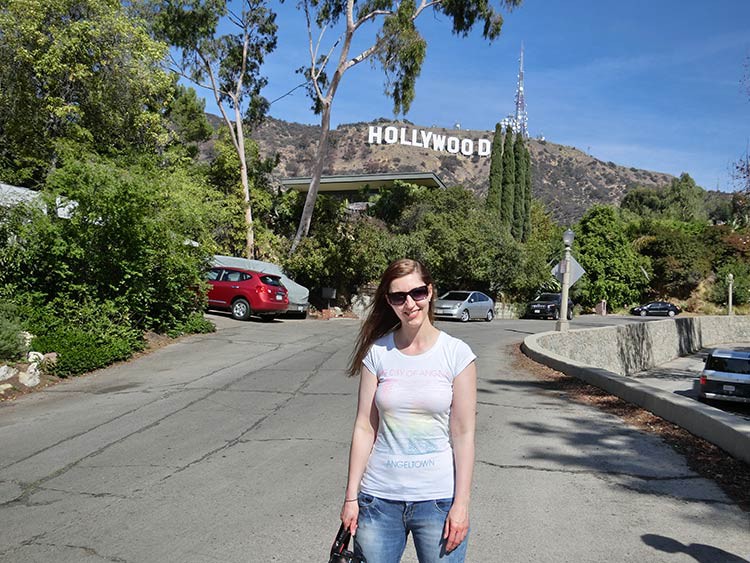 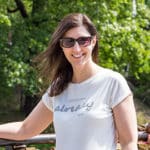 Berlin has been my adopted home for 20 years and I love the diverse facets of the city. I am regularly drawn to the near or far away with my camera!