According to reports in the medical magazine “Stat”, medical professionals achieved success in early clinical tests with the CRISPR-Cas9 gene scissors. The first results suggest that after the first treatment phases, two patients - including a woman from Germany - have not shown any symptoms of their genetic disease for a few months. The patients had had beta thalassemia and sickle cell anemia, both diseases caused by minor DNA base errors that affect blood cells. Such diseases are most likely predestined to be specifically corrected in humans by genetic scissors.

Little has so far been made public about the details of the experiments. "Stat" had quoted from documents intended for investors that the biotech companies Vertex Pharmaceuticals and Crispr Therapeutics had passed on. According to reports, a stem cell therapy was successful in the clinical test of the patients: The natural blood stem cells were replaced by cells modified with CRISPR-Cas9. The patients were then no longer dependent on constant blood transfusions and accompanying medication with side effects - as is usual with diseases, writes "Stat". 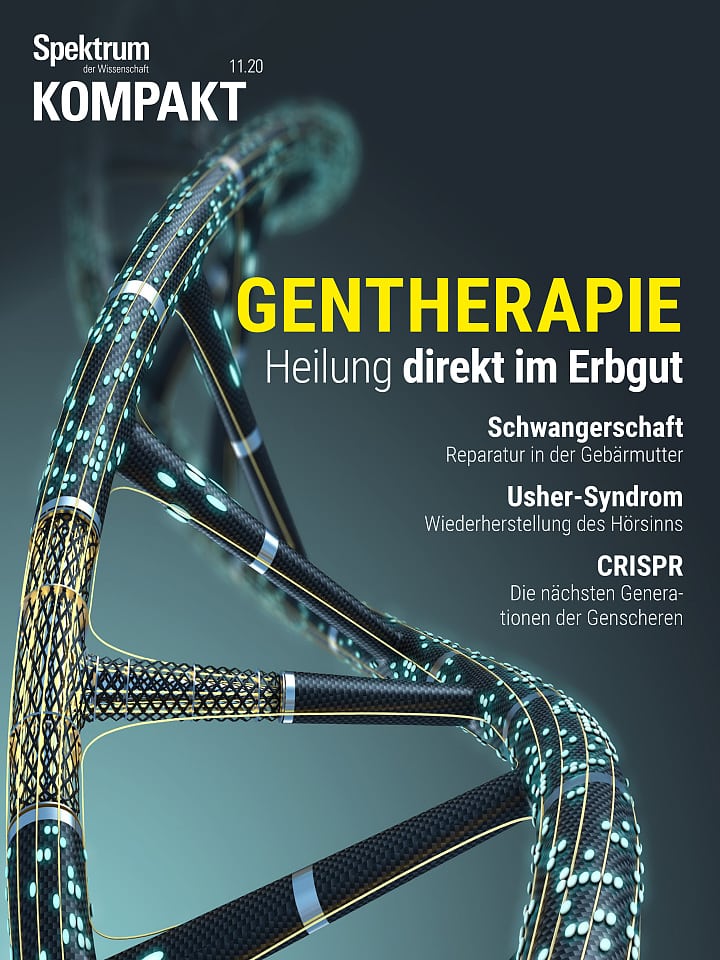 This article is contained in spectrum compact, gene therapy - healing directly in the genome

The details of the ongoing clinical test, which is initially planned with 45 patients, have not yet been published in a specialist journal. Gene scissors are used, which do not correct the actual pathogenic base exchange that causes beta thalassemia or sickle cell anemia. Instead, a hemoglobin gene, which is not active in adults and which otherwise only works in the human fetus before birth, is switched on. In the two apparently cured patients, this is apparently sufficient to compensate for the illness-related failure of the respiratory gas transporter in the blood.