Who was the last king of Karnataka

In addition to the cultural treasures, Karnataka offers a varied flora and fauna. In the last blog of my three-part Karnataka series, I'll take you on a safari in Nagarhole National Park. 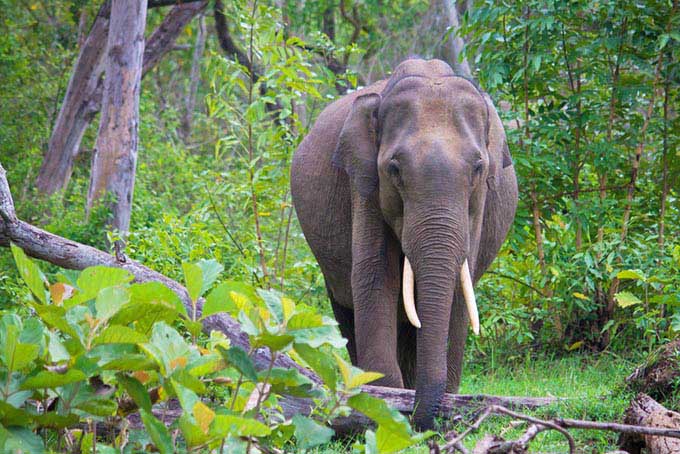 Flora and fauna in Karnataka

Almost 39,000 km² of the state are forested and home to a multitude of small and large animals, including elephants, tigers, deer and exotic bird species. The flora is no less varied either. Numerous tropical, colored flowers and plants have their habitat here. Sandal and rosewood trees thrive and, last but not least, India's oldest coffee plantations are located in Karnataka.

On safari in Nagarhole National Park

Nestled between the Nilgiri Mountains and the Western Ghats is Nagarhole National Park, which borders the Bandipur National Park. A highlight of the park is the Kabini Lake, on the banks of which the animals gather to drink in the dry season. The lake gives a calm, idyllic atmosphere. Forests, grass and bush landscapes as far as the eye can see. The ideal time to visit is from October to May.

The alarm clock rings early in the morning, outside nothing can be heard but the chirping of birds. We go to the reception area of ​​the hotel, where we are treated to fresh coffee, tea and pastries. The ranger, Eddy, explains to us on a map where today's safari will take us and tells us a lot about the park and its inhabitants. The Nagarhole Reserve has a sizeable elephant population, and the bamboo that grows around the lake is their main source of food. Of course, Eddy tells of his last encounter with the king of the jungle, the tiger. We all hope that today we will be lucky enough to see this majestic animal. We will cross Lake Kabini by boat. The rainy season will soon set in, the body of water will take on gigantic proportions and the safaris will then be carried out mostly by boat.

During an evening boat safari, it is not uncommon to come across crocodiles, buffalo, deer or water birds such as cormorants, herons or ospreys. We get into our safari vehicle and position our binoculars and cameras. Then it goes towards the park entrance. Along the way we see a family of monkeys, Hanuman langurs, frolicking around. The eye slowly gets used to the surroundings and we see an owl that spends the day sleeping on a fork of a branch. Numerous peacocks create splashes of color in the landscape, a herd of Gaure, a species of cattle widespread in South and Southeast Asia, looks curiously in our direction.

After a while we hear monkeys in the trees making short, noisy noises. Our ranger explains that this is called a “jungle alert” and that it usually means that a big cat is roaming nearby. The other animals are warned of the impending danger by the monkeys' calls. We are all excited and search the area for a tiger or leopard, although the latter are usually not seen until evening. It was probably a false alarm or the tiger is hiding. We hope to see him on tomorrow's safari.

We are now almost two hours on the road and are slowly starting back on our way back. To our left a herd of elephants grazes, a little later I see a group of Axis deer and an "Indian Roller", a beautiful blue and salmon-colored bird. Time flew by and I am glad that we have planned another safari. 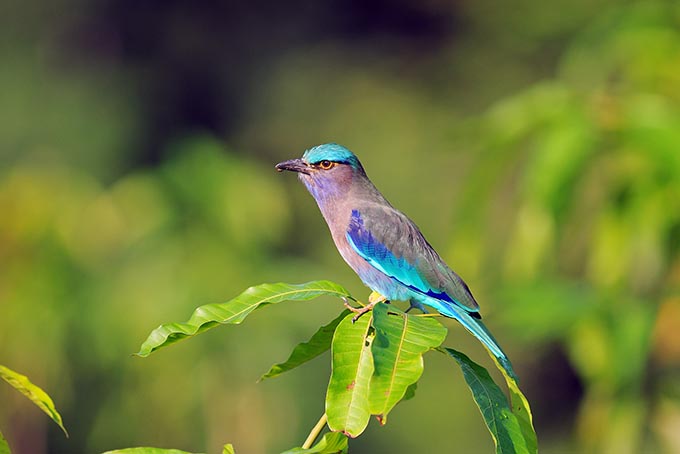 Back at the hotel, we enjoy a hearty breakfast and think about the hours we have experienced. With a future blog I will share another journey through another part of India with you.

Here is the first and second part of my blog series.