Are Indians open to self-criticism 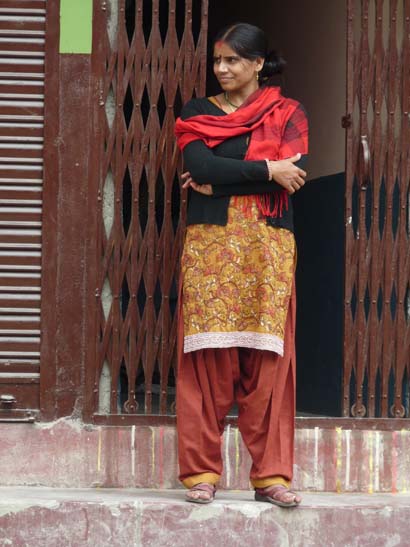 Nepali and Indians are very tolerant, but you shouldn't overstrain that. A guiding principle is:

Conflicts are not or only rarely held openly. However, lower castes are often treated very harshly by higher castes. The tourist from the west is more or less outside the caste system.

Despite all self-criticism, Indians and Nepali are proud on their land. Better to listen first and hold back with clever western advice. Political discussions should be conducted very defensively - if at all. Guiding principle:

Especially in Hindu temples you shouldn't just gossip. But you can ask whether it is okay to enter or wait for an invitation. Some temples are taboo for non-Hindus.

In general, respectful behavior is recommended. Photos should also only be taken with permission.

In the temple one usually does not wear shoes, shorts or tops, and often no leather. In general, guests from the West should appear discreet and not touch any altars or holy statues.

There are a few principles with which the traveler enriches himself and the inhabitants of the destination country. In this way, people from different cultures can meet with mutual respect.

... should be avoided in public. Men and women are rarely seen exchanging tenderness, and when they do, it is in western subcultures, especially in the cities.

Seeing men holding hands is not a sign of homosexuality, it shows their friendship.

Sensations are not openly displayed. Expression of pain is a harmony disorder! Suffering is ignored (by others) and endured (by oneself) with a smile.

Please do not point soles at people or temples. Do not step over people. When taking off your shoes, e.g. in a temple, only wear the shoes with your left hand.

When blowing your nose you should move away. Many Indians and Nepali find it strange to blow one's snot into a handkerchief and put it in one's pocket.

Namasté, Namaskar with palms folded in front of the chest and a slight bow. There are also regionally different greetings in India.

The gestures for yes, no or come here are different from us. 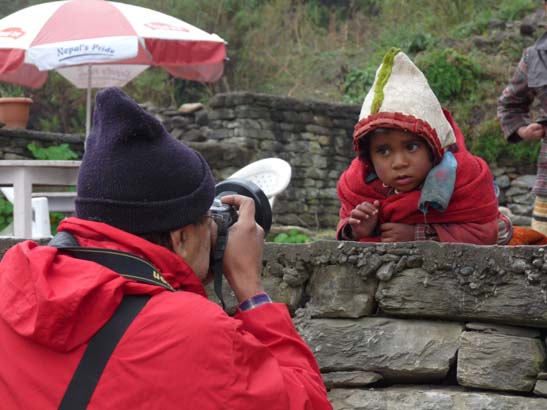 Behave defensively even with the camera! Especially in the temple, at religious ceremonies and funeral celebrations. If in doubt, seek approval, if only through eye contact and signs.

Always remember that with our behavior we also influence the behavior, especially of the younger Nepali and Indians. The western lifestyle is seen by many as a model and tries to imitate, with all good and bad sides.

Indians and Nepali value good, at least appropriate clothing! Only in areas that have a lot (!) Of experience with western tourists, the international tourist outfit is often tolerated: shorts, slippers, T-shirts. In the vast majority of regions and in special places such as temples, however, this is not trendy.

The following are absolutely taboo: bare thighs for women and bare chests for men. Even if you often see the latter in simple or working Indians.

A particularly sensitive area for religious contamination in Hindus is the kitchen: Strangers should not touch any cooking utensils while cooking, in high-caste Hindu households you are not allowed to enter the kitchen.

You shouldn't throw food into the fire, only approach the stove when asked and be sure to ask before taking photos in the kitchen!

Avoid lip contact with the drinking vessel when sharing bottles, for example.