How has China influenced the world

China has got the pandemic under control. But does that also apply to collateral damage on the international stage? After all, Beijing had to deal with massive criticism from abroad of its non-transparent behavior at the beginning of the Corona crisis and used the full range of its propaganda means, with a lot of diplomatic porcelain being smashed. US President Donald Trump also stood out, for example with his creation of the word "China virus".

Beijing did not stop at retreats against Trump. Chinese diplomats used all available platforms such as Twitter or Facebook, which are banned in China, to defend the CP's course. "Aggressive, in some cases also perceived as racist, statements on how to deal with the pandemic outside of China - such as allegations of inefficient health systems or cynical behavior by foreign politicians in the face of countless deaths - were registered in Sweden, Great Britain, the Netherlands and France," writes Heike Holbig from the Hamburg GIGA Institute for Asian Studies in their essay "From hotspot to crisis hero: China's handling of COVID-19". 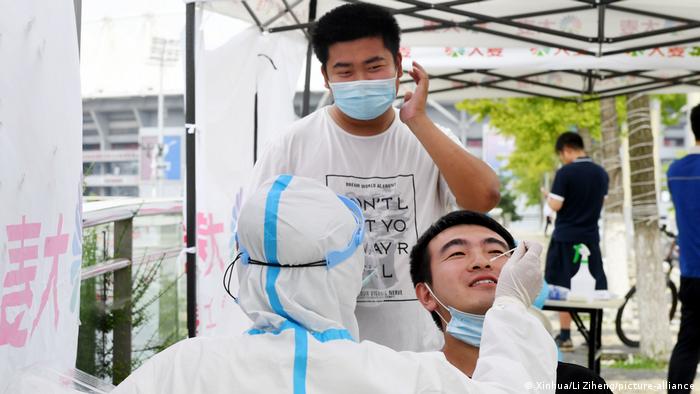 However, this was only one phase in China's political communication, the so-called "wolf warrior diplomacy" in the international media, which subsided again at the end of May. China's leadership switched flexibly between defense and attack modes, but also signaled willingness to cooperate, for example at a virtual G20 summit at the end of March. State and party leader Xi Jinping put the fight against the pandemic under the guiding principle of the "community of human destiny". However, it has been included in the CCP's party statutes and the Chinese constitution for several years.

The big word is put into practice, for example, in cooperation in the development of vaccines. The German pharmaceutical company Merck says it is working in more than 50 projects for vaccines, "which work extremely well in global networks. Americans, Chinese, Europeans, Japanese and others work together," wrote the Frankfurter Allgemeine Zeitung.

In areas beyond virus control, however, the relationship between China and the West remains tense, and the pandemic made this even worse.

In the case of Sino-US relations, this tension is more or less inherent in the system (the two powers are usually referred to as global rivals), but this is not so clear with the EU. However, the China-EU summit held virtually due to the pandemic under the German Council Presidency, high-level talks between the EU and China since June and Foreign Minister Wang Yi's trip to Europe at the end of August / beginning of September have clearly revealed the differences.

In particular, the new national security law for Hong Kong, through which Beijing has given itself extensive powers to suppress dissidents, has been criticized by Berlin and the EU. This dismissed the Chinese side as interference in internal affairs.

EU as the partner of choice for good behavior

The differences were glossed over by Beijing for the local audience. "In addition to the criticism expressed, the Chinese side also suppressed the emphasis on fundamental differences in values ​​and systems," writes Heike Holbig from the GIGA Institute. "Instead, the Chinese Foreign Ministry announced that the EU continues to regard the PRC as a partner, not an opponent, and that there are no fundamental conflicts of interest. Chinese readers also learned that the EU wants to stick to multilateralism and is interested in multilateral cooperation with China expand, particularly in the areas of health, climate change, sustainable development and cooperation with Africa. "

Holbig concludes from these "deliberate reinterpretations" that for Beijing the EU and other powers besides the USA "are regarded as temporarily misguided, but not (yet) fundamentally opposed actors who are treated strictly but benevolently and for their own cause seeks to win. " 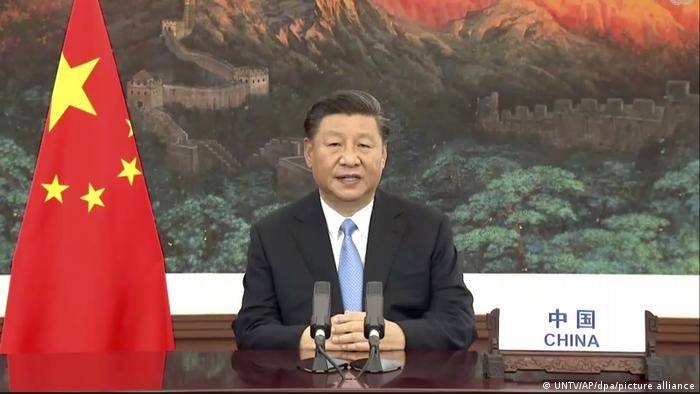 At the UN General Assembly at the end of September, China's President Xi Jinping proclaimed "CO2 neutrality" by 2060

One means of achieving this could be China's goal, announced by video message to the UN General Assembly at the end of September by Xi Jinping, of achieving "carbon dioxide neutrality" by the year 2060. With this commitment, the main emitter of carbon dioxide rose to a global pioneer in climate protection almost overnight with 27 percent.

How China intends to achieve the goal is not yet known. But they want to take Xi at his word: The hope of being able to get China on board in international climate policy is too great. "The lack of a concrete timetable makes Xi's commitment all the more remarkable," writes the British business magazine "The Economist". "His ambitious endeavor requires a new approach to economic development that must emerge soon."

It is hoped that such a new approach will be gleaned from the new Chinese five-year plan, which will be discussed from Monday (October 26th, 2020) at the 5th plenum of the party congress in Beijing and will be presented at the beginning of next year.

In the short term, however, the focus is on coping with the economic consequences of the COVID pandemic, and here, too, there is hope for China. The country is the only one to have worked its way out of the interim downturn and created a so-called V-curve. At 4.9 percent, growth in the third quarter was almost back to the pre-Corona level compared to the same period of the previous year.

"China is the only major economy in the world that comes out of the Corona crisis somewhat unscathed," the FAZ quotes Jörg Zeuner, chief economist at Union Investment. The International Monetary Fund (IMF) assumes that China will have the main share in a forecast global economic growth of 0.6 for 2021.

However, the economic dependencies are mutual, and China is also dependent on trade and foreign investment. It wants to diversify in these areas, i.e. expand its relationships with Asian and European trading partners and make itself more independent from the USA.

Against this background, there may still be opportunities for the EU to conclude an investment protection agreement with Beijing. It aims to ensure fair competitive conditions between Chinese and European companies. For Mikko Huotari, head of the Berlin China research institute Merics, the fact that this target will most likely not be met this year is more serious than China's behavior in the pandemic. The latter only reinforced a generally pessimistic trend in the view of China, but was not the trigger for this perception.

Huotari does not want to completely rule out the chance of concluding an investment agreement while Merkel is still chancellor, he made clear in a current podcast in the Merics series "ChinaPower": "That would show that it is possible to negotiate solutions with China to come, which nobody would say at the moment. " In this case, memories of blame from the beginning of the pandemic and debates about seemingly generous, but actually self-serving mask deliveries are likely to take a back seat. They have already been pushed back by China's clear successes.